Hilary Swank, wearing a creation by Lebanese designer Elie Saab, arrives at the opening of the Middle East International Film Festival (MEIFF) in Abu Dhabi, on October 8, 2009. In its third year, the festival has introduced awards for best feature film from the Middle East and best new director, with organisers seeking to put the focus back on the Middle East. 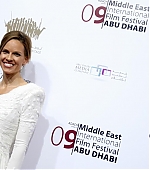 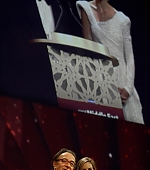 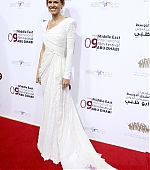 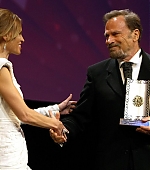