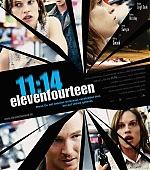 11:14 tells the seemingly random yet vitally connected story of a set of incidents that all converge one evening at 11:14 pm. It’s a sort of musical chairs with a corpse, with the structurally intriguing storytelling style of Memento and Run Lola Run.

The story starts at – 11:14 pm – one evening with a young man named Jack who is driving down the freeway, on his way to a rendezvous with his girlfriend. His car hits a body at that moment. Thinking he killed him, Jack tries to hide the body. From there, we backtrack to follow the chain of events of five different characters and five different storylines that all converge and become party to Jack’s hitting the body at 11:14pm. 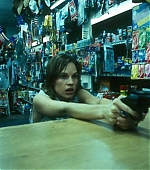 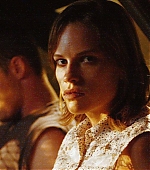 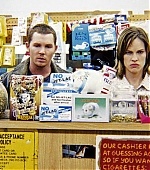 View Photos
Trivia & Facts
• The character of Buzzy was originally written as a man. When Hilary Swank read the script, it was the character that “spoke to” her the most, and she asked writer/director Greg Marcks to rewrite the role as a woman so that she could play it, and he agreed.
Hilary Says
• Currently no quotes.
External Links
• Trailer
View trailer in media players like Windows Media, Real Player and Quicktime.
• Official Site
The official movie site.