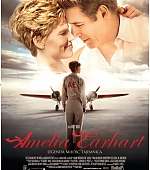 A look at the life of legendary American pilot Amelia Earhart, who disappeared while flying over the Pacific Ocean in 1937 in an attempt to make a flight around the world. 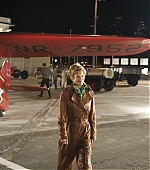 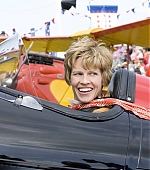 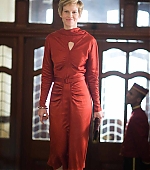 View Photos
Trivia & Facts
• Gene Vidal (played by Ewan McGregor), who was widely assumed to have had a romantic relationship with Earhart as depicted in this movie, had only one child, Gore Vidal (played by William Cuddy). Gore eventually grew up to become quite a celebrity himself as a controversial but successful author, screenwriter and political activist.
• The movie shows Earhart finishing third in the first Santa Monica-to-Cleveland Women’s Air Derby in 1929, but does not explain why. At the last stop before the final leg of the race to Cleveland, Earhart and her friend Ruth Nichols were tied for first. Nichols took off right before Earhart, but her aircraft clipped a tractor on the runway and flipped over. Instead of taking off, Earhart ran to Ruth’s plane to drag her to safety. After Earhart was sure that Nichols was not seriously hurt, she took off for Cleveland but finished third largely due to her delayed takeoff.

Quotes
• George Putnam: Come back to me.
Amelia Earhart: Always.