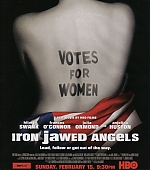 Iron Jawed Angels recounts for a contemporary audience a key chapter in U.S. history: in this case, the struggle of suffragists who fought for the passage of the 19th Amendment. Focusing on the two defiant women, Alice Paul and Lucy Burns, the film shows how these activists broke from the mainstream women’s-rights movement and created a more radical wing, daring to push the boundaries of political protest to secure women’s voting rights in 1920. Breathing life into the relationships between Paul, Burns and others, the movie makes the women feel like complete characters instead of one-dimensional figures from a distant past.

Although the protagonists have different personalities and backgrounds – Alice is a Quaker and Lucy an Irish Brooklynite – they are united in their fierce devotion to women’s suffrage. In a country dominated by chauvinism, this is no easy fight, as the women and their volunteers clash with older, conservative activists, particularly Carrie Chapman Catt. They also battle public opinion in a tumultuous time of war, not to mention the most powerful men in the country, including President Woodrow Wilson. Along the way, sacrifices are made: Alice gives up a chance for love, and colleague Inez Mulholland gives up her life.

The women are thrown in jail, with an ensuing hunger strike making headline news. The women’s resistance to being force-fed earns them the nickname “The Iron Jawed Angels.” However, it is truly their wills that are made of iron, and their courage inspires a nation and changes it forever. 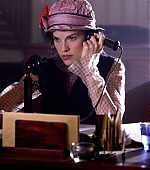 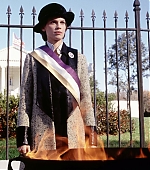 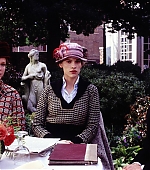