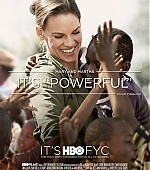 The film tells the story of two very different women, Mary (Hilary Swank) and Martha (Brenda Blethyn), who both lose their sons to malaria.

Mary is an overly protective American mother. After her young son and only child, George (Lux Haney-Jardine), is bullied by classmates, she decides to pull him out of school and take him on an extended trip to Africa because she feels she can give him a better education. While there, he is bitten by a mosquito, contracts malaria, and dies. In the midst of grieving, Mary decides to return to Africa after George’s funeral where she meets Martha, a British woman whose grown son, Ben (Sam Claflin),[1] has also just died of the same disease while working at an orphanage in Mozambique. He too was an only child.

The two women turn their grief into action, hoping to thwart the disease, which the World Health Organization estimates killed 660,000 people in 2010, most of them African children. The movie builds to a scene in which the women testify before a Congressional subcommittee. In the process, Mary and Martha come to realise that the losses experienced by two comfortable white Western households are atypical, and that the real impact of malaria is on parts of the world that few people in their circles know or care about.
Image Gallery 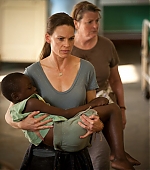 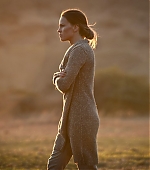 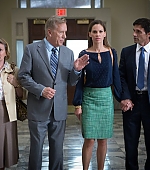