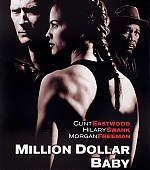 In the wake of a painful estrangement from his daughter, boxing trainer Frankie Dunn has been unwilling to let himself get close to anyone for a very long time – then Maggie Fitzgerald walks into his gym. In a life of constant struggle, Maggie’s gotten herself this far on raw talent, unshakable focus and a tremendous force of will. But more than anything, she wants someone to believe in her.

The last thing Frankie needs is that kind of responsibility – let alone that kind of risk–but won over by Maggie’s sheer determination, he begrudgingly agrees to take her on. In turns exasperating and inspiring each other, the two come to discover that they share a common spirit that transcends the pain and loss of their pasts, and they find in each other a sense of family they lost long ago. Yet, they both face a battle that will demand more heart and courage than any they’ve ever known. 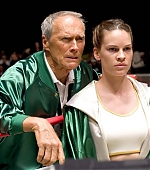 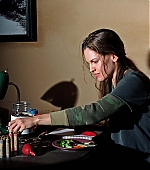 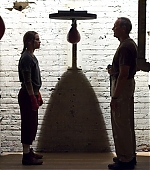 • “If I woke up one day and I was a Saturday and I’d had 20 hours of training already that week, I’d said, ‘Oh, I just can’t today. I’m just so tired and I just can’t drink another egg white and I can’t drink that flax oil.’ If I went with that attitude, of course I’d go because that’s me, but my mind, I might as well not be there because I wasn’t gaining anything from it. So the second I broke through my own obstacles that I set for myself and said I can do it and I’m going to do it, I would break through barriers every week.”
Other Says
• “She wants to do it, she tried hard to do it, that she cried. I said, ‘Why are you crying?” … “Because I can’t do it.” I said, “You can do it.” // Hector Roca
External Links
• Trailer
View trailer in media players like Windows Media, Real Player and Quicktime.
• Official Site
The official movie site.
• Internet Movie Database
Additional cast and credits. Plot summary and more.