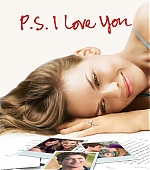 A young widow discovers that her late husband has left her 10 messages intended to help ease her pain and start a new life.
Image Gallery 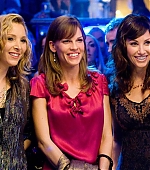 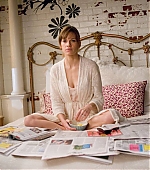 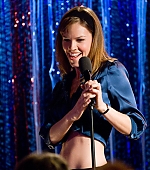 Trivia & Facts
• During the filming of a strip sequence, Gerard Butler’s suspenders hit Hilary Swank on the forehead. She received a cut and had to be brought to a hospital where she received several stitches.

• According to the Christmas 2006 issue of People magazine, Jeffrey Dean Morgan had to learn to play the guitar for his part in this film in a very short time. His guitar instructor was Nancy Wilson of the band Heart. Morgan was thrilled to take lessons from her because, in his own words, “I had such a crush on her as a kid.”
Hilary Says
• “I jumped at the opportunity to work with him [Richard LaGravenese] again. When I read the script I was so moved. The film is really a love story about living life fully, being in the moment and not taking the person you love for granted.”

• “I got hit on the head with a suspender clip and ended up in hospital. Gerard Butler was doing this PG-13 strip-tease, and this clip came flying 20 feet across the room and clanked me in the forehead. I had to get stitches! Gerry was mortified!”
External Links
• Trailer
View trailer in media players like Windows Media, Real Player and Quicktime.