As is usually the case at Giorgio Armani Prive, A-listers dotted the front row Tuesday for the spring/summer 2013 collection. Among them were actresses Uma Thurman, Hilary Swank, Claudia Cardinale and Isabelle Huppert.

Aside from attending fashion shows, Swank made news in Paris over the weekend, but not for the best of reasons: Thieves broke into the taxi in which she riding and snatched her purse. When asked about the incident, the two-time Oscar winner simply smiled and said, “I’m OK, thank you.”

A new Giorgio Armani boutique has opened in Paris, so after the show guests adjourned to the new shopping locale on the Avenue Montaigne to celebrate. 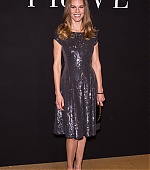 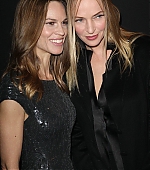 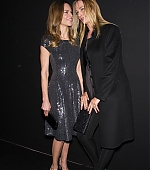 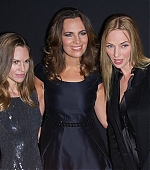