Movie stars Jamie Foxx, Matt Dillon, Hilary Swank, John C McGinley, Queen Latifah and Fashion Model Amanda Booth came out to raise money for Down Syndrome the Global Down Syndrome Foundation’s 2016 ‘Be Beautiful Be Yourself’ at the Hyatt Regency Denver at the Colorado Convention Center on November 12 in Denver, Colorado.

The Global Down Syndrome Foundation created and organizes the Be Beautiful Be Yourself Fashion Show – the single-largest annual fundraiser benefiting people with Down syndrome. Global organizes and funds many programs, conferences and grants, including Dare to Play Football Camp with Ed McCaffrey, Denver Broncos Cheerleaders Dare to Cheer Camp, Junior Denver Broncos Cheerleaders Dare to Cheer Program, Be Beautiful Be Yourself Hollywood Ball and the Global Down Syndrome Foundation Educational Grants. 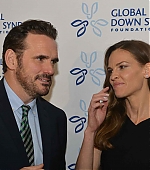 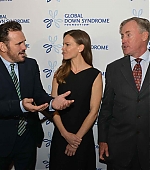 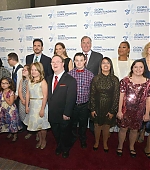 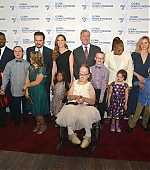 GALLERY LINKS:
– Events Global Down Syndrome Foundation’s 2016 ‘Be Beautiful Be Yourself’ > November 12 2016

“Hilary Swank and Queen Latifah are amazing role models who believe deeply in fighting for equality and celebrating diversity. We are so pleased they will be at our event sending our message to the world – that people with Down syndrome are more alike (and awesome!) than different,” said Global Down Syndrome Foundation President and CEO Michelle Sie Whitten. “Through their distinguished careers both of these icons have exemplified their commitment to the community and we are so pleased that they are supporting our research and medical care for people with Down syndrome.”

Swank has been involved in numerous philanthropies and nonprofit organizations throughout her career, including supporting and empowering women suffering from medical issues. Queen Latifah, who has backed AIDS and cancer research, has long been a pioneer to end discrimination and equal the playing field.

Global’s Be Beautiful Be Yourself Fashion Show is the single largest fundraiser benefitting people with Down syndrome in the world selling out each year with 1,200 guests and raising over $2 million. The event culminates in a fashion show featuring models with Down syndrome clothed by REVOLVE. Proceeds from the event benefit Global’s life-saving and life-changing medical care and scientific research at the Anna and John J. Sie Center for Down Syndrome at Children’s Hospital Colorado and the Linda Crnic Institute for Down Syndrome on the Anschutz Medical Campus.

Silver screen star Hilary Swank, whose newly formed nonprofit Hilaroo rescues animals from shelters and connects them with kids living in foster care or group homes, came to the conference on a mission: She’s currently aiming to raise $70 million so the year-old organization can purchase at least 70 acres in Los Angeles to build a facility for the dogs to live in (including a kennel and veterinary services area) and for the kids to also play sports and study after school. “The kids have seen these dogs that have been kicked to the curb like they have. It touches their heart in a place that is special,” she later told FORBES. “We take the animals that don’t have a fair chance and could get euthanized, temperament train them, and then bring in at-risk youth. They’ll pick their dog and take care of the dog on the property after school. They’ll also get tutoring before they go home.”

Since its inception in 2015, the foundation has held three summer day camps with a total of 150 kids. Once the permanent facility is built, summer camps will become overnight and will also be combined with regular after-school programs. Her big dream? Ten years down the line she wants to have an accredited high school on the land and also offer up housing for those who leave the foster care system once they’re 18. She’s going to need a lot of billionaire donors to make that happen. 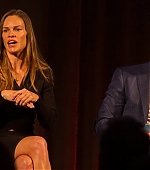 Please join us for our 2nd Annual Art For Animals fundraising event for Eastwood Ranch Foundation. It will be held on Saturday June 4th in West Hollywood at De Re Gallery on Melrose. Please feel free to forward this to any of you friends and colleagues who love Art and Animals. Look forward to seeing you all. 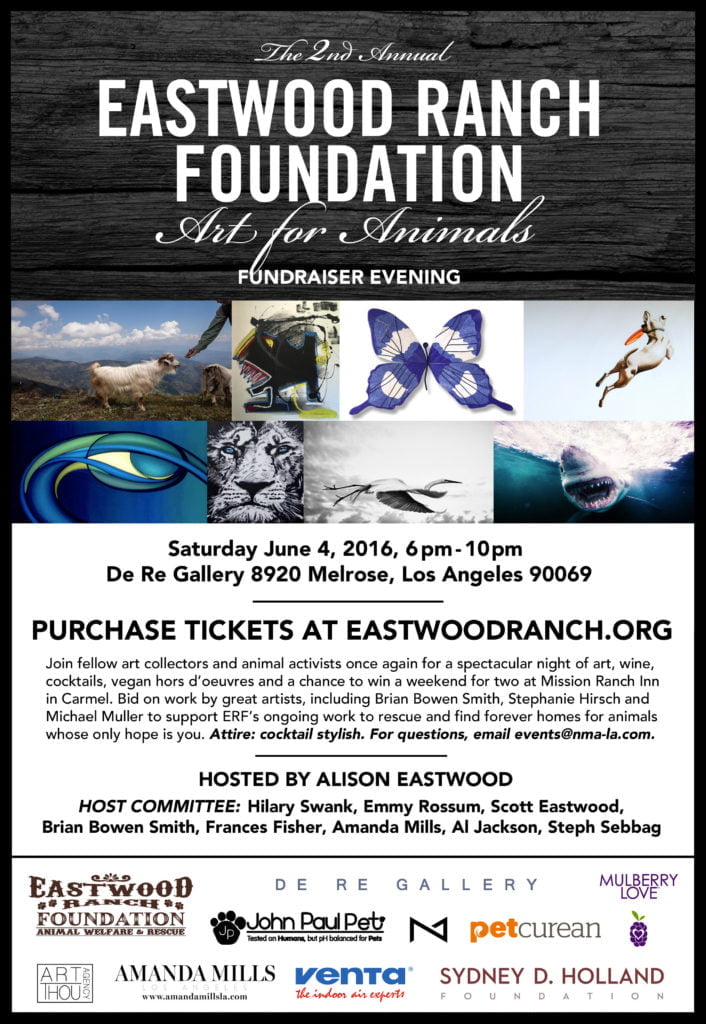 A number of high-profile celebrities are coming together to help raise awareness for male survivors of sexual abuse in an emotional new PSA.

The latest clip features the group reading out common phrases that male survivors of sexual assault commonly hear – but shouldn’t.

The video opens with Orange Is the New Black actress Natasha Lyonne looking straight into the camera, saying, “What kind of man would let that happen to him?”

“It’s none of my business,” says Cox, with Blige questioning, “Why didn’t he tell anyone?”

According to the description on the video, one in six men are survivors of childhood sexual abuse.

While some celebrities speak in a scornful tone and others in disbelief, the video sheds light on just how easy it is for people to overlook sexual assault against men.

“Why didn’t he fight back?” “But he’s such a nice guy,’ and “It’s just a misunderstanding,” are more phrases heard in the video.

This video is just the latest in a series of NO MORE campaigns, which focuses on addressing sexual assault, domestic violence and child abuse, and is presented with Joyful Heart, Viacom and 1in6 organization.

The video also appears during No More Week, which aims to make domestic violence and sexual assault awareness and prevention a priority year-round.