Hilary is on the cover of Io Donna Magazine. 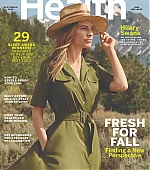 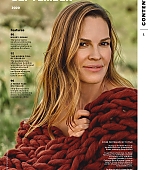 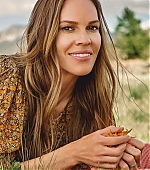 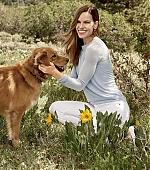 Hilary Swank is surrounded by wildflowers on top of a mountain in Colorado. We are shooting her Health cover on the property where she and her husband of two years have chosen to self-isolate during the COVID-19 pandemic. With her four dogs, she looks completely at peace—something that is apparent even from afar during this socially distanced photo shoot.

The 46-year-old is so relaxed on this mountaintop, it’s easy to forget that she’s one of Hollywood’s most esteemed actresses. As a two-time Academy Award winner for Best Actress, Hilary has had a career that many only aspire to. In her memorable acceptance speech for Million Dollar Baby, she said, “I’m just a girl from a trailer park who had a dream.”

While that’s true, it doesn’t paint the entire picture. Hilary didn’t just dream about being an actress—she worked her butt off to make it happen. In fact, she worked nonstop from the age of 15 until the end of 2014, when she made the choice to take a break for personal reasons.

Hilary’s dad needed a lung transplant, and she was determined to stay by his side. She had initially thought she’d take a year off. But she was committed to helping her dad until he fully recovered, and that wound up taking three years. That’s the thing about Hilary—she doesn’t do anything halfway.

Thankfully, her father is doing well, and she’s slowly begun to return to acting. Earlier this year, she appeared in the thriller The Hunt. And in September, you can catch her as the lead in Netflix’s new series Away. Her character’s dedication to her dream of being an astronaut parallels Hilary’s own devotion to her craft. And while she says she was excited to get back to work, she also acknowledges that she’s returning to it with some new life lessons. END_OF_DOCUMENT_TOKEN_TO_BE_REPLACED

Thanks to my friend Ali for the scans. 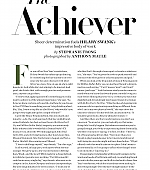 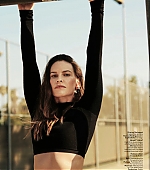 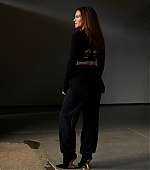 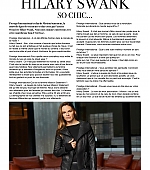 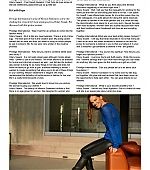 Hilary is on the cover of Vanity Fair Italy issue. She was also featured in Gioia (Italy) and iHola (Mexico). Check out scans in our gallery.

Thanks to my friend for Nicole Gioia and Vanity Fair scans. 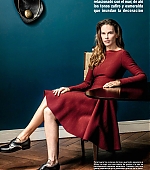 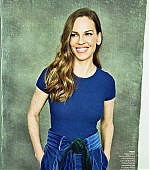 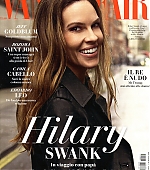